You hear a familiar shuffle and twist of necks as you walk into the dimly lit room. Feel them look at you as you glide across the stained wooden floor, their eyes meet your skin, your lips but your gaze frustratingly escape theirs as if meeting them would steal the gift from you. Your confidence, you’re poise, you’re… hotness.

Now I assume this isn’t how hot people generally act and beauty isn’t stolen from the eyes but you can imagine such a person from my description. You may be greeted by pesky intrusive thoughts like “she’s probably not very friendly” or “I bet he’s a player” or even “I bet they never get rejected”. In some cases you may be right, except life needs to be a dick to just about everyone and happily hands out hefty rejection bashes to all, if somewhat unequally.

It is my assumption that the minuscule amount of rejection received in life is equal to a lack of ability to process, absorb, and accept it.

In short, hot people don’t take rejection well… Oh and beauty is stolen from the brain.

Too hot to understand – SPOILERS

Let’s put a bunch of hot, young, sexually influenced people on an island and then instruct them to keep it in their pants for a month or be punished financially for the consequences. Sound familiar?

The Netflix show “Too hot to handle” is basically this, a marginally interesting social experiment that exposes the self-centered nature of hot individuals when lust, hormones, and a depleting pot of money is involved. Any funny business from the guests and the money pot gets reduced substantially.

I want to focus on the lack of emotional maturity in a few of the contestants, causing them to create situational cocktails that I can only describe as self-involved and heavily laced with a lack of forward-thinking.

What the fuck Harry and Francesca!!

As much as I found them infuriating and the cause of many external monologues, they were also the only couple worth watching as their confusing reasoning behind their actions caused me to pay attention and grab the back of my head like I was trying to stop my brain juices from falling out.

Harry and Francesca pretty had eyes for each other’s genitals from day one but a selfish and deceitful start from the couple (Harry) causes the beginning of their relationship to be rockier than Dwayne Johnson running up Stone Mountain with gravel stuffed down his pants.

Francesca feeling rejected, betrayed, humiliated, and angry, decides to never speak to Harry again and would spend the rest of the show finding someone who would treat her like an emotionally mature individual. WRONG!! Not this show!! she essentially spends an episode or three trying to work out her feelings and decides that she wants their relationship back. Please note I’m stretching when I say relationship.

In an attempt to make him jealous she sends her affection to Kelechi (or Kels) the accountant who I have to say does an amazing job resisting her as she literally massages him naked while trying to occupy his shower space. This act was barely a rejection and was caused by the fact that there was money to be lost.

Kelechi was playing the game, yet Francesca was unable to process not getting her way, seeing it as an offense because why would someone not want to sleep with her if she gave them that opportunity.

She quickly breaks it off with Kel explaining to others that she still had feelings for Harry (true) who by the way was completely offended and disappointed by the fact that someone was trying to stealing “his girl”. Harry’s behavior at the idea of someone having the audacity to receive affection from a girl he publically humiliated and lost almost made my soul add him to the list of people I would haunt if I ever became a poltergeist.

I asked myself. How could these people be unable to see the cause and effect of actions that take place right in front of their eyes? It was as bad as watching Trump supporters contradict themselves at Trump rallies.

We absorb reality and make them our truths. If the truths laid out to us are mostly adoration and feelings of awe, a life where we are rarely told no and constantly showered with emojis of fire and multicoloured hearts. Then being trapped on an island where no one is trying to sleep with us might be a complete mind-fuck.

Girls are hotter than guys (in my opinion)

I’ve said this before and I’ve been met with bared fangs and at times an aggressive response. One occasion is a comment on my article about speed dating, “What have you been smoking to make such a blanket statement”. Now I’m not saying my opinion is the ultimate and others should be disregarded like a used tissue, in fact having an open debate about this controversial statement would be fun dopamine hit.

Why do I say this, perhaps it’s a biased statement because objectively I’m far more attracted to women than I am men. And maybe the reason why some women disagree with me is for the exact same reason, being more attracted to men than women and naturally finding men hot.

There’s a lot more pressure on women to dress well, do their hair, and maintain an attractive shape, drastically more women go under the knife to maintain that “hotness” that their male counterparts crave… or assume they crave. There is far less public pressure on men to maintain a healthy weight, groom, or wear a suit because of how hot it makes them look.

Where’s the female equivalent of the “Dad bod”?

Based on that and a little more, I think women are “hotter” than men and I welcome anyone else’s opinion that disagrees. But wait does that mean they are worse at taking rejection than men? Uh oh, forgive as I finish digging my own grave. I wouldn’t go as far as to say women are worse at rejection than men, I don’t think that’s a fair statement and I definitely haven’t done any research on the matter.

I do think that putting yourself out there romantically and being hit by the hammer of rejection definitely gets you used to the pain and anxiety that it may cause. Please note I am referring to romantic rejection, women deal with a lot and I am not about to say that they can’t take hard times.

I personally think that generally more men “shoot their shot” than women and perhaps are more used to romantic rejection than women that don’t.

It’s more customary and common for the man to lead or take hints that a girl wants him to lead. He must “shoot his shot” and take it on the chin if it does not work, pat himself on the back and say “good job for trying”. Not all of them do however, the ones that can’t take rejection lower themselves into embarrassing name-calling like “well you’re not hot anyway”. Dude, of course she’s hot, that’s why you’re so disappointed you’re trying to convince yourself you didn’t want her in the first place.

I can’t think of an equivalent of a woman being rejected and then hurling abuse though I’m sure it happens.

It’s not their fault

To be on the side of “hot” people, it’s not really their fault. It wasn’t their choice to have great cheekbones, metabolism, enviable height, and be born in a time where the rounder your butt is the more traffic accidents you may cause. It’s almost like their expectations have already been set for them from birth, from being doted on by parents as this precious little thing and then maybe being the popular one in school.

There’s a convincing theory (possibly proven) that being more attractive can make you more successful, and there are several articles writing about the concept and studies exploring its effects.

There are even videos of hot people getting free stuff at coffee shops and bars.

So why wouldn’t they have trouble dealing with the sudden whack to the face that sudden rejection provides.

I’ve ranted off enough about this I feel and hopefully this comes off more like an exploration of a subject than a ranty whine of a dude in isolation. What do you think? Am I totally wrong and am in fact smoking some wacky weed or chewing some tainted tobacco.

Sound off in the comments.

Other Posts in this Category | 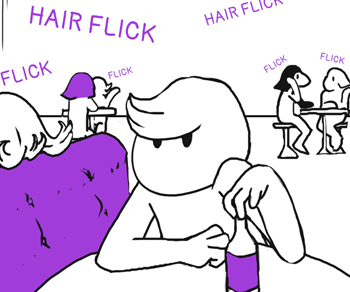 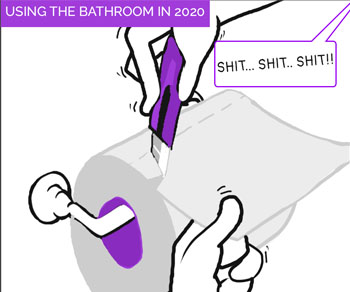 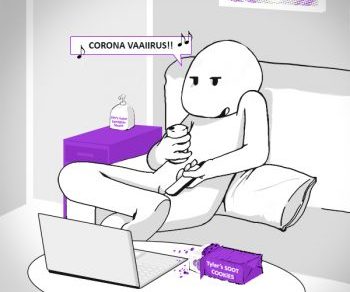 5 ways to date during the Corona virus pandemic

Why you can be glad it didn’t work out