Should you try speed dating?

So a little while ago I tried speed dating, something I’ve always wanted to do ever since seeing it on random American rom-coms.

I’m sure most of you know what speed dating is but I’ll go over a few of the rules. You get a number and maybe (depending on the speed dating company) get a little piece of epic paper and pencil to jot down the number of others.

You then visit a table occupied by a lady or man of mystery for 4 minutes, after 4 minutes you count your losses and move on to the next 4 minute adventure.

It’s actually quite fun if you can get past the exhaustion of trying to come up with new things to talk about every 4 minutes, specially considering the person you moved to probably heard every word of your conversation.

It’s an awesome way to meet and talk to new people without having to worry about the awkward initiation of asking someone “if they visit here often” when you’ve obviously been tracking their move for the last week.

It also bypasses the match but don’t talk issue littered on free dating apps, that person you probably wouldn’t match with on Tinder gets to see what you’re like in person whether they like it or not, and who knows maybe they’ll like it.

Mini dates are handy too because you don’t need to fake your home being burgled or cat falling in the cat nip bowl in order to leave early or worry about splitting the bill. Best example I can give is I once scored a date with a lady that if some of my amazing asshole friends saw her, I would be heckled with words like “punching” or congratulated with terms like “how the hell?”, just to elaborate I’m not a horror to behold, she was just that hot.

Sadly it didn’t work out but I like to think I’m much more fun in person than I am photogenic.

If you’re a guy you’re also more likely to get a better deal due to the fact that women are generally hotter than the guys.

Why you shouldn’t go speed dating

It’s so damn tiring, imagining having to think of a new thing to talk about to 10 or more different people, it’s pretty exhausting. Even though you get to talk face to face with people you wouldn’t normally interact with over Tinder, you also have to sit through the dates you have no interest in, and 4 minutes can feel like the length of an uncomfortable transformers movie, in 3D no less.

Imagine coming across someone on one of the many apps that’s literally the complete opposite of what you want, normally you just swipe left or ignore. Well you can’t, just gotta sit through it and humour their excitement for bikes or the Conservative party, or Labour if you flow that way.

Also if you’re a girl chances are there won’t be a lot of guys there that you’ll feel as attracted to.

Unfortunately its not perfect and people you feel you had a good 4 minute adventure with may leave immediately after the events over, or be such a catch that theres a queue of guys waiting to talk to her, or not match with you in the end, or match and dare I say it, not talk *rolls eyes*.

So if you’re getting bored of the endless finger rejecting that is tinder then I’d give speed dating a go. Original Dating do it pretty well, lots of speed dating events at cool bars for £20 a head and if you don’t like anyone at their event they let you go to another for free. Chances are you’ll like at least one person though. 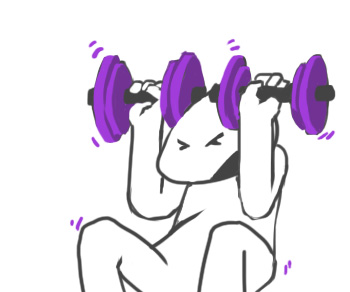